Everyone’s Asking Us About 3rd Party Cookies. Here’s My Take. 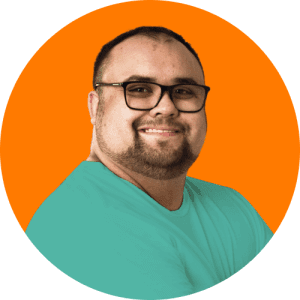 It’s not exactly breaking news: Google will put a stop to 3rd party cookies in Chrome starting (supposedly) in 2022.

The news was out just before most headlines turned to COVID-19.

Google first made the announcement in January 2020, and had been working toward a more private web well before that.

(In an ironic twist, the search giant wrote that blocking 3rd party cookies “jeopardizes the future of the vibrant web” nearly two years ago, now.)

Now that the deadline is getting closer, I’m here to answer the question concerned marketers have been asking since January 2020: what does this mean for me?

Before going any further, I want to make one thing clear: the end of 3rd party cookies in Chrome isn’t the end of targeted advertising — not by a long shot.

But what does this mean for the marketer? Is this truly a privacy move from the goodness of Google’s heart, or is it a consolidation play?

For the second question: I’ll leave that one up to you (sorry.)

Re: the first question: this spells change for B2C and B2B marketers everywhere.

Instead of spelling out doom and gloom, I want to walk you through your best options for targeted marketing in 2021 and into the future.

The Internet runs on advertising. We’re going to figure this out.

All this might not be as new as you think — and it’s definitely not as scary.

A few things to consider:

In a phrase: cookies aren’t going away with nothing to replace them. Alternatives are already in place. Actually, there might be too many options in place. Just consider:

All of this is on top of The Trade Desk’s Unified ID 2.0 and Google’s Federated Learning of Cohorts (don’t worry, that’s the main focus below).

All in all, I see this as more of a ‘speed bump’ along the road to a better, more private and still customized Internet experience. There are already companies (including Metadata, cough) with solutions that don’t rely on 3rd party cookies, as well as many groups working toward a viable replacement.

What are my options?

This isn’t an “ultimate guide” to every single option out there (though, again, I do recommend taking a close look at IAB’s recommendations — they have guidelines that go way beyond the technical aspects).

But there are two prominent approaches that I think will have the biggest impact on marketing in the next couple of years:

In a phrase, the Federated Learning of Cohorts (FLoC) is an anonymized, interest-based version of cookies for Google to share with advertising partners.

Here’s how Google defines it:

“FLoC provides a privacy-preserving mechanism for interest-based ad selection. As a user moves around the web, their browser uses the FLoC algorithm to work out its ‘interest cohort’, which will be the same for thousands of browsers with a similar recent browsing history.”

How does this approach serve targeted marketing in any meaningful way? Google’s summary is that Chrome recalculates the appropriate cohort periodically, directly on a user’s device. FLoC doesn’t share browsing data with Google’s other ad platforms or with any partners.

While there was some skepticism toward Google’s claim that cohorts are 95% effective compared to individualized data, others see the move as a kind of influencer. In a write up from Ad Exchanger, Myles Younger (Sr Director at MightyHave) says the efficacy isn’t a surprise. “The idea that 1:1 was the holy grail of digital advertising was always a fallacy,” Younger says. “Cohorts are an obvious and practicable ‘middle ground.’” Zach Edwards, founder at Victory Medium, put it a bit more pragmatically: “Does FLoC somehow reduce competition or suddenly change the shift of ad money going digital?”

That said, there are a couple of potential drawbacks to wide adoption of FLoC:

1. New security issues could crop up. While the Privacy Sandbox is built to prevent digital fingerprinting, less honest developers could still infer identity through context clues in the cohort approach.

2. The approach runs through an unsupervised algorithm, making it harder to police for bad actors as advertisers start to figure the approach out.

3. The approach essentially creates a black box for account-based advertising and attribution. While FLoC may work well for consumer advertisers, the anonymized approach may prove difficult for B2B, where you’re more concerned with things like title and company than interests.

And, unsurprisingly, more than a few commentators have noted that FLoC could open the door to more anticompetitive behavior (What’s New in Publishing called it Google’s “black-box intellectual property”). One of the most vocal objections comes from the Electronic Frontier Foundation, a privacy nonprofit — the organization also launched a tool to unveil whether your Chrome browser is in the FLoC trial.

How promising is Unified ID 2.0?

For a company that wants to help brands deliver a more insightful and relevant ad experience, it’s no surprise that The Trade Desk (TDD) put up its own alternative to 3rd party cookies: Unified ID (2.0).

It’s not exactly all new — as the largest independent DSP with plenty of longstanding programmatic partners, Unified ID simply gives TDD the ability to work with a new universal identifier within an existing ecosystem.

(Side note: The Trade Desk has handed over the project to Prebid.org, an open source partner, but that doesn’t stop us from thinking about Unified ID as the TDD alternative.)

None of this would be complete without a little spin: TDD is calling Unified ID an “upgrade” to cookies, and that the tech “preserves the essential value exchange of relevant advertising, while improving consumer controls.”

Here’s the full description of how Unified ID works:

“When a consumer logs into a website with their email address, an identifier is created based on…an anonymized version of that email. The identifier regularly regenerates itself, ensuring security. At the point of login, the consumer gets to see why the industry wants to create this identifier and understand the value exchange of relevant advertising, in simple terms.”

One of the big long term benefits to Unified ID is that it’s interoperable — it can work with other identifiers, making the scale that much more appealing to advertisers around the world. Of course, this comes with a drawback: making the Unified ID less secure and less anonymized.

Two potential drawbacks seem to have been addressed proactively: the potential to create just another “walled garden” and handing over the project to Prebid.org, or the lack of scale and ensuring interoperability, for example. But there’s a third: the long term viability of this approach is less than clear. With rapidly evolving regulations and consumer expectations, the vague approach to anonymization may not work in the future.

Okay, but not all marketers are losing all their data

I’ll tell it to you straight: this change affects B2C marketing organizations a heck of a lot more than B2B marketing orgs.

Or, at least, it’s a problem that’s easier to solve for B2B marketers.

Because in B2B use cases, advertisers may be better served by using data sources that don’t rely on cookies at all — and that doesn’t mean just building out your own treasure trove of first-party data, either.

The biggest impact of 3rd party cookies going away is the loss of intent data in your marketing strategy. The ability to track individual behaviors and use that for a marketing play will likely no longer be an option.*

*promising cohorts and anonymized identifiers aside

For programmatic ad networks, B2B advertisers will be able to target with similar efficiency. For example, you’ll still be able to serve a relevant white paper (based on industry or business interests) whether you’re using FLoC or a Unified ID. Even though the cohorts and IDs are anonymized, they still give advertisers the ability to target a group with similar interests and experiences.

I say better on purpose: with Metadata, you’re not just blasting your ads and messaging to everyone at a specific account. Instead, you’re laser-targeting only the people at those companies where your ad has relevance. You can’t do this without using cookies on Google.

Using a combination of first- and third-party data, Metadata allows you to more effectively target specific people within your target accounts.

So how does it work with Metadata?

Based on your criteria (i.e. industries, # of employees, annual $, job titles, location, intent, account lists and technographics), we build audiences in Metadata using our corporate-to-personal data graph that resolves your business targeting criteria to a prospect’s personal profile, and then pushes those to the platform.

For social ads, that’s typically personal email address and mobile device IDs. The social platforms (typically LinkedIn and Facebook) look for an exact 1:1 match against what we uploaded to identify which accounts to serve ads to. With that info, you’re able to serve targeted ads based on first- and third-party data, not 3rd-party cookies.

How to prepare for the cookieless world

Instead of simply leaning into the alarmist language (primarily coming from ad tech companies serving B2C folks) around cookies, learn the options that will allow you to reach your audience directly.

Again: this isn’t new, and the world isn’t ending tomorrow.

Google announced it would phase out cookies in January 2020, with a two year timeline. That means we’re looking at the beginning of 2022 for all this to shake out.

FLoC still in the origin trial stage — which has been rolled out to about .5% of Chrome users.

From there, the feature will slowly be “turned on inside Chrome via the usual process of introducing it into developer builds, then beta, then finally in the shipping version most people use.”

Unified ID, for its part, is still in the splash-new-partners-around-to-generate-buzz stage.

I would be 100% unsurprised if there were a 6+ month delay in getting 3rd party cookies alternatives fully rolled out.

If you like planning ahead, these are our five tips as I get back to doing what I do best (that’s generating revenue, not just leads, btw):

1. Retargeting on social media is safe, but you might need to update some settings. Facebook will be unaffected, as 1st party data is the default. For LinkedIn advertising, you’ll need to enable a new pixel by heading to Manage Insight Tag under Campaign Manager. Get the full breakdown of LinkedIn’s 2021 pixel update for conversion tracking here.

2. Stay focused on your customers’ privacy. Ad tech isn’t exactly a Situation Room type situation, but the way advertisers will be able to connect with their audience is shifting relatively quickly. Make sure you keep up with the conversation — and that you communicate that commitment to your customers.

4. Land on the alternative that makes the most sense for your brand. One, some or all of these alternatives to 3rd party cookies are going to stick. While I focused on FLoC and Unified ID 2.0, do your homework for each of the alternatives I mentioned above to find the right fit for your marketing efforts.

5. Focus on establishing as many first-party relationships with your market as possible. Google recommends it, and we recommend it as consumers become hyper-aware of how their information is being used. In a phrase: first-party data will future-proof your advertising efforts. 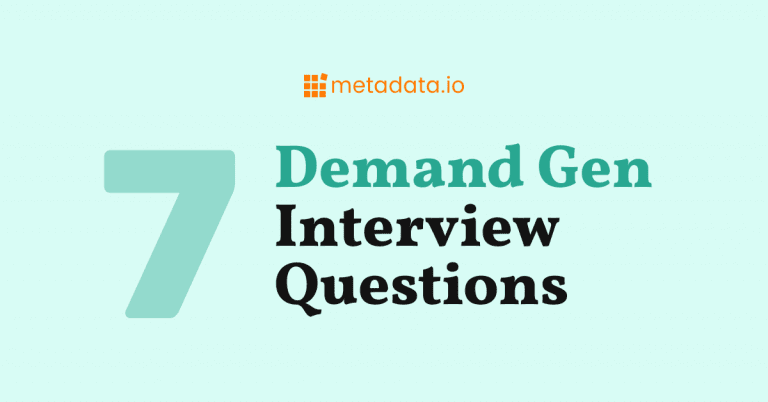 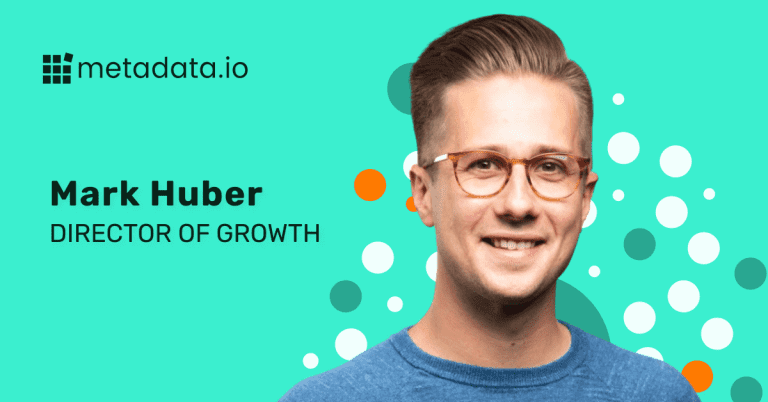 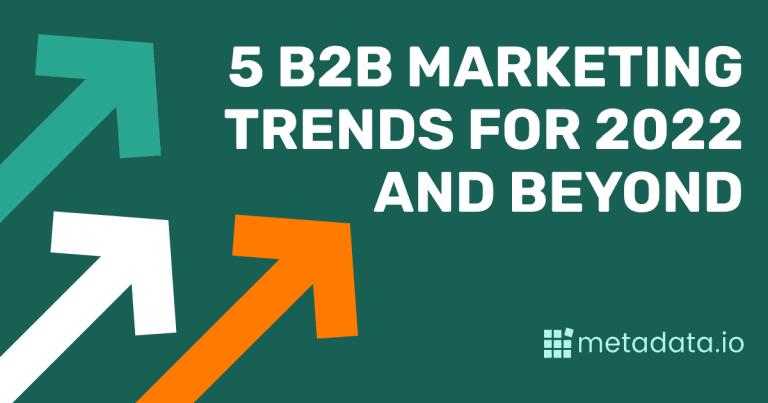