In this data-backed guide, we’ll walk you through the most recent Facebook Ads Benchmark data.

First things first: Facebook ad performance will vary for you depending on several factors. Including product price, industry, revenue, or number of employees.

All of this data should be directional for you. I’m not telling you that every B2B SaaS company in this industry gets $X CPC or CPL.

But we have an entire dashboard that will let you customize your benchmarks based on industry, revenue, country, and more. We always suggest you take these Facebook paid social benchmarks as a single data point to support a larger story.

We know, we know: B2B advertising on Facebook? The most common excuse we hear is “I don’t have an audience on Facebook.”

But here’s the thing: they are, you just need to know how to target them. You have to connect with your customers where they are, not where you want them to be.

Facebook has nearly 3 billion users around the globe, including around 140 million daily users in the US. Facebook could get you high-quality, high-earning eyeballs on your B2B campaigns—if you can target them.

Long story, short: with the right audience, offer, and campaign type, Facebook can be a much cheaper way to drive both brand awareness and leads for your B2B company.

Metadata customers ran over 25,000 of Facebook experiments in 2021. We analyzed the data from every one of those experiments so you can make more informed decisions for your own Facebook advertising.

When you place an ad on Facebook—including image ads, video ads, and text ads—the platform gives you a handful of CTA options. The three most popular Facebook CTAs are:

Metadata users overwhelming favor “Learn More” and “Download” as Facebook CTAs, with “Learn More” at the top. Together, these two CTAs make up nearly 85% of the experiments we analyzed from 2021.

Those are the most popular CTAs on Facebook. But what about the most effective?

Like any good marketer, we’ll tell you: it depends.

While “Learn More” was the most popular, it didn’t have the highest CTR of the three—and it saw the highest CPL by a wide margin. Its popularity likely has to do with its relatively low CPC. But we always recommend taking the big picture into account: for example, “Download” might have the highest CPC, but we found that the Facebook CTA also results in the lowest CPL further down the funnel.

Metadata customers separate their Facebook experiments into two distinct camps: lead generation and brand awareness. Brand awareness ads are optimized for clicks, while lead gen ads can be tracked all the way through to closed-won revenue.

That said, Facebook advertisers saw a fairly large range in CTRs: from 0.10% on the lower end to 2.80% on the high end.

Side note: this is exactly why we recommend that you use these benchmarks as a starting point, then set your own benchmarks as you invest in Facebook ads. A 0.50% CTR on Facebook is a good KPI to start with, but your own success metrics will vary based on your offer, your creative, and your audience size and demographics.

(More on setting up your own benchmarks at the bottom of this article—along with the full data set for Facebook advertising KPIs!)

While CPC isn’t the end-all-be-all of your Facebook advertising KPIs, it’s a good leading indicator of how effective your campaigns are. You don’t want to overpay for clicks, only to find that visitors aren’t converting further down the funnel.

While we wish we could tell you what a good CPC on Facebook looks like, the range of factors is just too large. We’ve seen it go as low as $2 and as high as $10. Instead, we recommend using this average as a benchmark to start, then experimenting your way to determine what an ideal CPC for each campaign is on your end.

(Remember: your CTA can impact your Facebook CPC quite a bit. “Learn More” is on the lower end, while “Download” is on the higher end.)

The average CPM for the Facebook campaigns we tracked was $30.

Again, what you define as “good” will depend on your offer, campaign type, audience, and more. Take a look through the data below (and our walk-through video) to start setting your own benchmarks.

Again, we’re going to say: it depends on your goal and definition of “result.”

Take a look at these Facebook metrics to start:

Your data is only as good as what you do with it. We’re giving you access to the raw data, so you can pull the insights that will help your business grow.

Check out our B2B Paid Social Benchmarks report. It includes this breakdown of CTAs, along with ad creative and copy best practices across Facebook and LinkedIn. 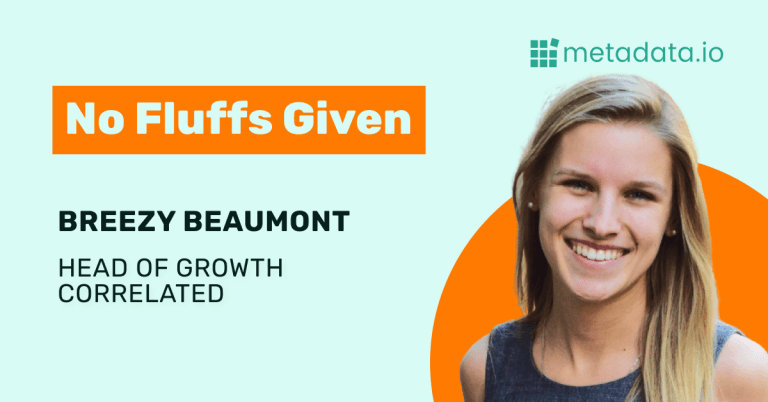 How to Reduce Your CPL By 82% On LinkedIn Ads 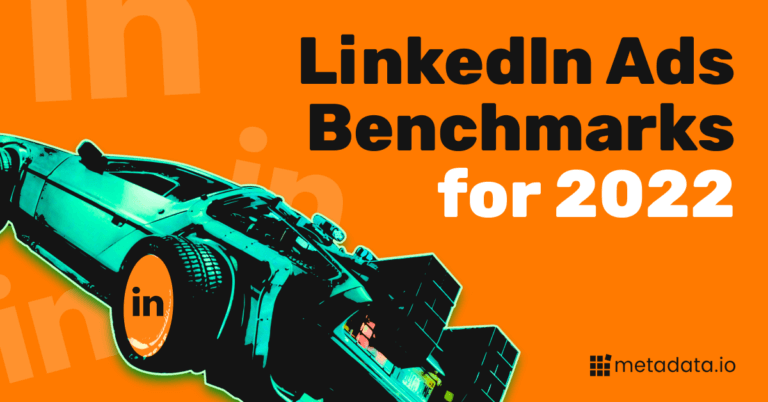 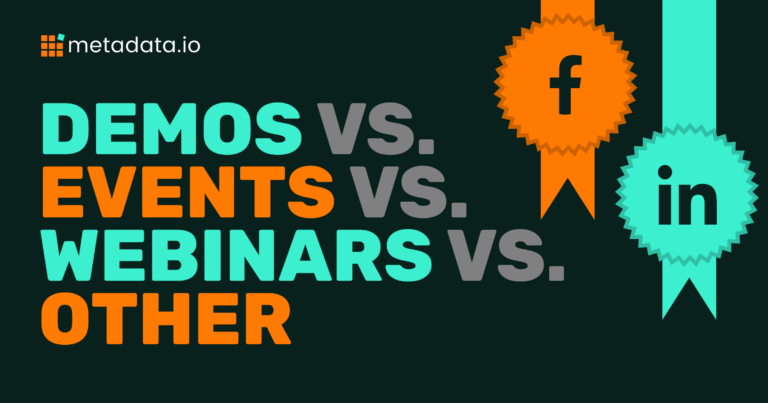 The Best Offer Types for Facebook and LinkedIn Campaigns